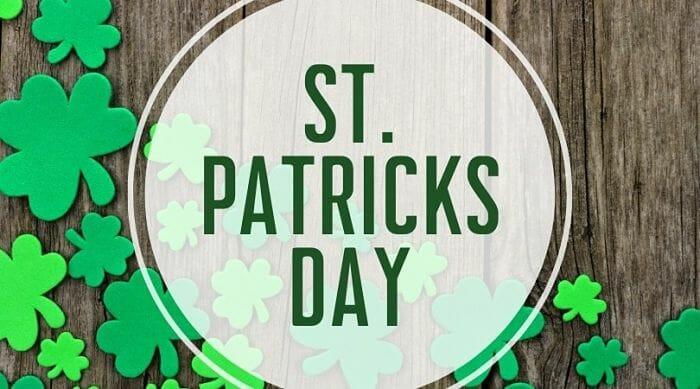 Saint Patrick's Day, or the Feast of Saint Patrick (Irish: Lá Fhéile Pádraig, lit. 'the Day of the Festival of Patrick'), is a cultural and religious celebration held on 17 March, the traditional death date of Saint Patrick (c. 385 – c. 461), the foremost patron saint of Ireland.

Saint Patrick's Day was made an official Christian feast day in the early 17th century and is observed by the Catholic Church, the Anglican Communion (especially the Church of Ireland),the Eastern Orthodox Church, and the Lutheran Church. The day commemorates Saint Patrick and the arrival of Christianity in Ireland,[5] and celebrates the heritage and culture of the Irish in general.

Celebrations generally involve public parades and festivals, céilís, and the wearing of green attire or shamrocks.[8] Christians who belong to liturgical denominations also attend church services and historically the Lenten restrictions on eating and drinking alcohol were lifted for the day, which has encouraged and propagated the holiday's tradition of alcohol consumption.

Celebrations generally involve public parades and festivals, Irish traditional music sessions (céilithe), and the wearing of green attire or shamrocks. There are also formal gatherings such as banquets and dances, although these were more common in the past. Saint Patrick's Day parades began in North America in the 18th century but did not spread to Ireland until the 20th century. The participants generally include marching bands, the military, fire brigades, cultural organisations, charitable organisations, voluntary associations, youth groups, fraternities, and so on. However, over time, many of the parades have become more akin to a carnival. More effort is made to use the Irish language, especially in Ireland, where 1 March to St Patrick's Day on 17 March is Seachtain na Gaeilge ("Irish language week").

Back to blog
Next article